Siberian Husky and his hypnotizing eyes! 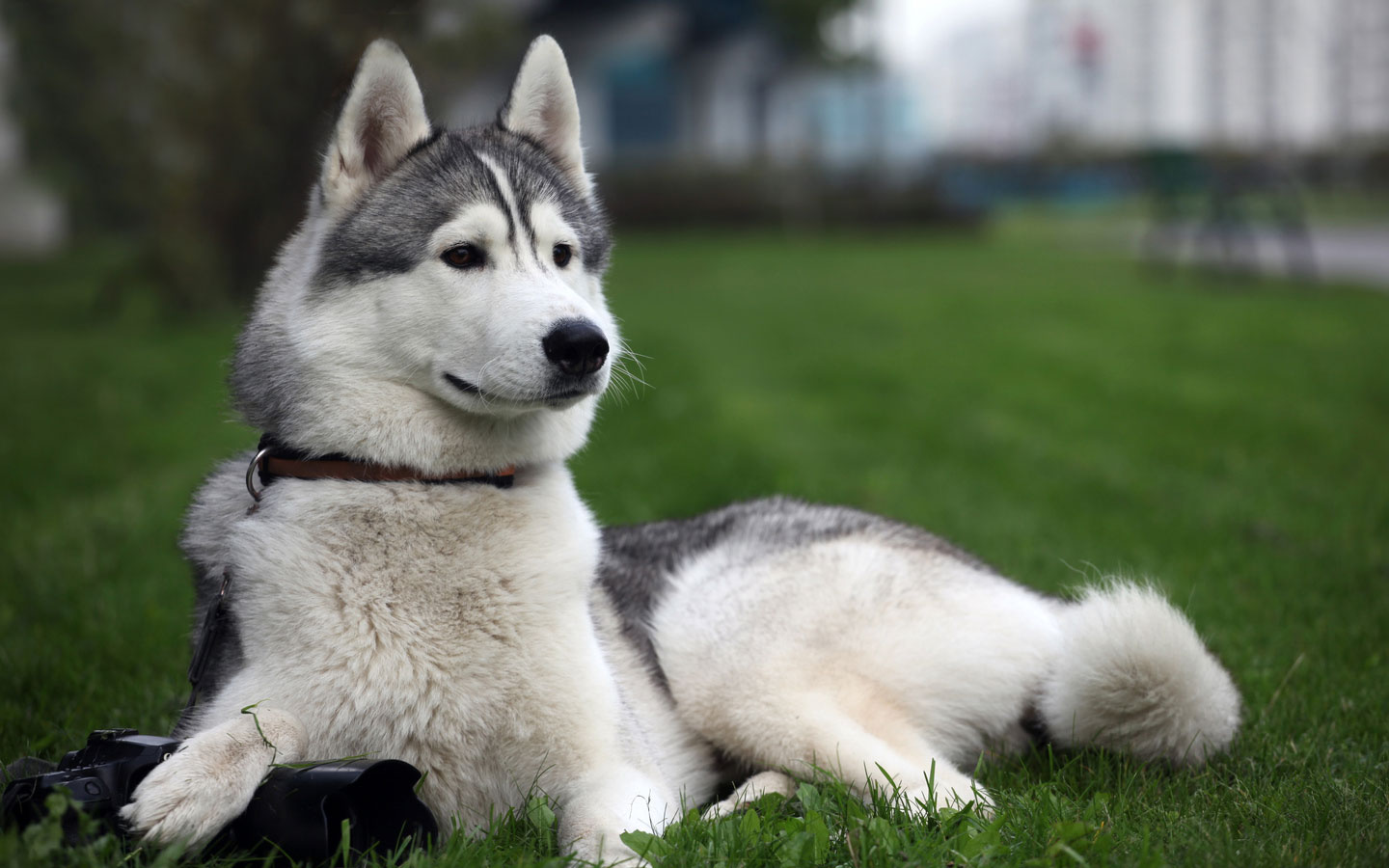 Story:
This breed comes from Siberia. Originally they were sled dogs  and were used to pull sleds. Some teams used in that region had 20 dogs. This team can cover a distance of 100-150km and pulling 500-700kg transport. Later, the Russians used the Husky dogs to mail or sprinkling the roads to carry people.
At the beginning of the twentieth century, these dogs were brought to Canada. In 1910 -  team consists of Siberian Huskies broke the record for the race teams and traveled 650km distance in 74 hours! Since that time the dogs became more and more popular! 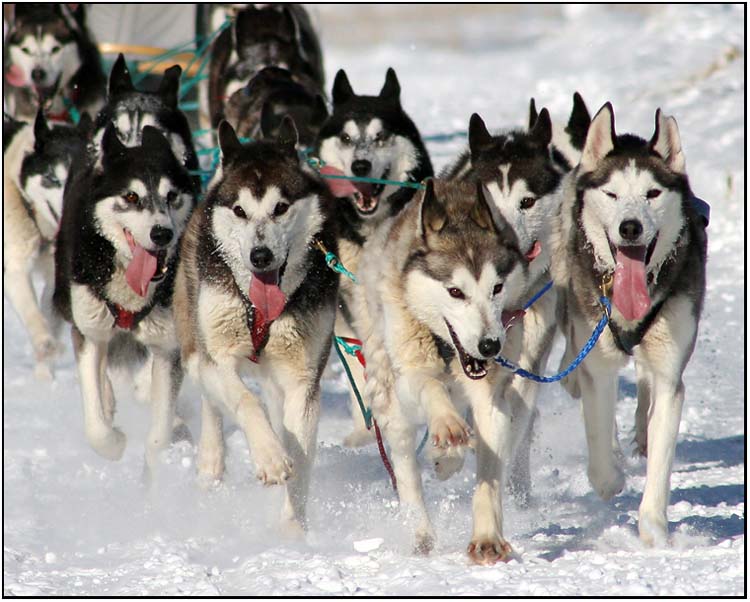 The nature and characteristics of the breed:
They are very gentle and friendly dogs. They are very intelligent, persistent, sensitive and sociable. They are very curious and energetic. They want to see and know everything. Female Siberian Husky are very submissive and loyal to their owners. Males are, unfortunately, less obedient. Siberian Huskies are very hardworking and always willing to help man. They like to compete and they can enrich its owner when the team win races. In the case of dangerous situations Husky will stand in defense of its owner.
Dogs are relatively large. Very often it happens that they have one eye blue and the other brown – it’s a characteristic of the breed. The color coat may be from black to snow white. They have a muscular chest and muscular back and very strong jaws. 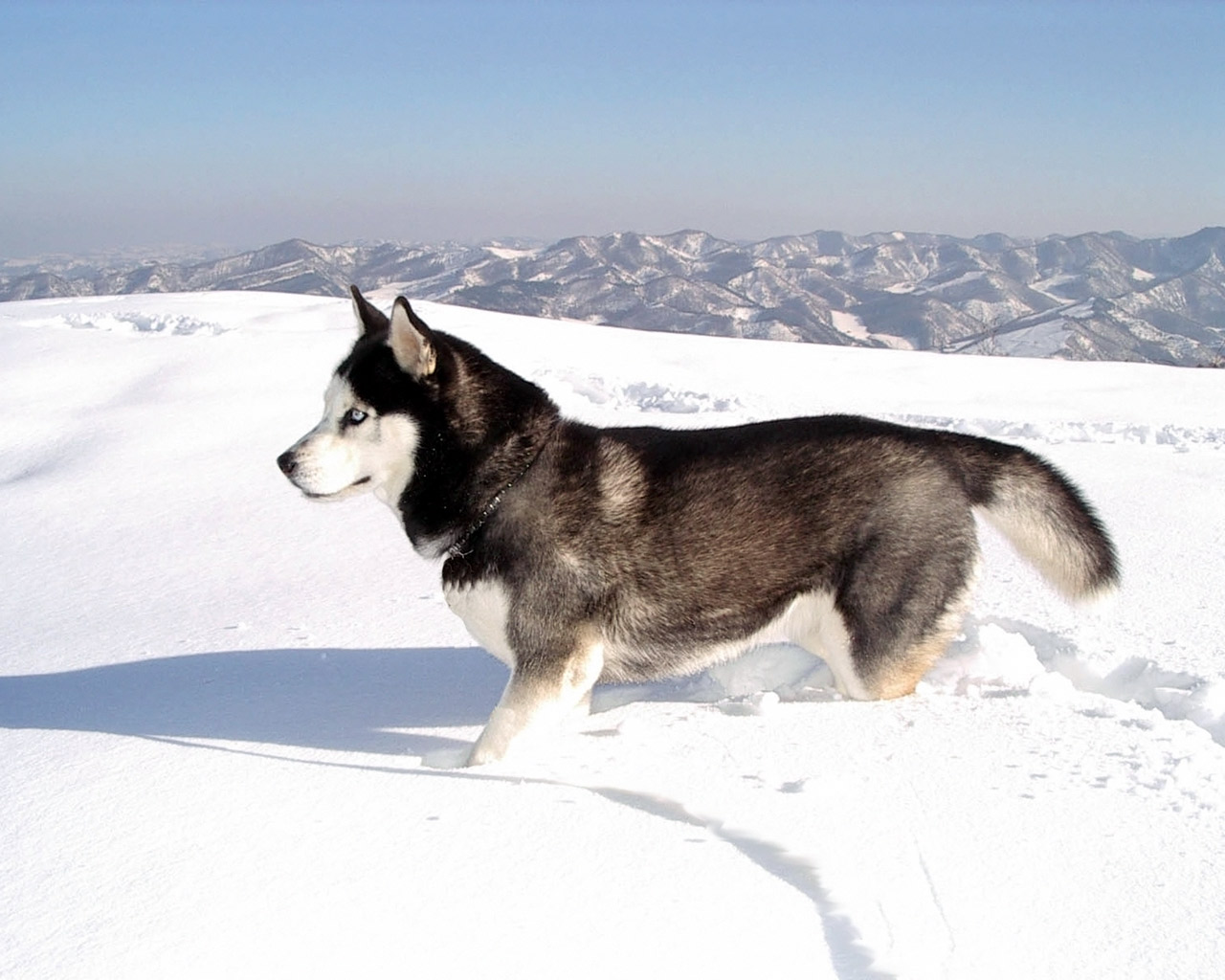 Education and Care:
Huskies are hunters by nature. It’s possible that they will dig holes and destroy the flowers in the garden of your neighbor, chew slippers, etc. Despite this, dogs are susceptible to dressage. They learn very quickly and willingly. I always choose the one of the owners, who will be much more obedient than others. This is usually the person who feeds them and doesn’t care.
Husky rarely get sick, they are by nature very resistant. They need a lot of traffic, but don’t require constant care as some small dogs. They don’t require daily brushing and bathing - it all depends on the nature and requirements of dog’s owners. For example, my friend's Siberian Husky loves to bathe  and often he jumps into the tub.